where the forest and meadows meet the sea

The place we call home

where residents can find information on events, activities, community resources, and businesses in the Elk area. The site is sponsored and maintained on a volunteer basis by the Greenwood Civic Club and the Greenwood Community Center as a service to the community. Neighbors, friends and visitors – please visit our website often to stay informed and be a part of our lively community.

Founded in 1917, the Greenwood Civic Club is dedicated to promoting and preserving the history of the town of Elk and supporting the community’s organizations and activities. Proceeds from its fundraising efforts benefit the Elk Volunteer Fire Department and Ambulance, the Greenwood Community Center and its children’s summer program, a scholarship fund for local students, and contribute to community welfare projects and emergency relief efforts.

The Greenwood Community Center, established in 1974, offers the residents of Elk a place for cultural, educational and civic events. It is committed to offering events and activities not otherwise available in this rural area, while providing opportunities for local residents to utilize their talents and create partnerships to offer a diverse array of experiences that enrich community life. To sustain and further its services, the Center raises funds through facility rentals and special events like the annual Great Day in Elk.

Is it Elk or Greenwood?

Our Post Office name is Elk, but the town was originally called Greenwood – many of us still call it that. Find out what happened… 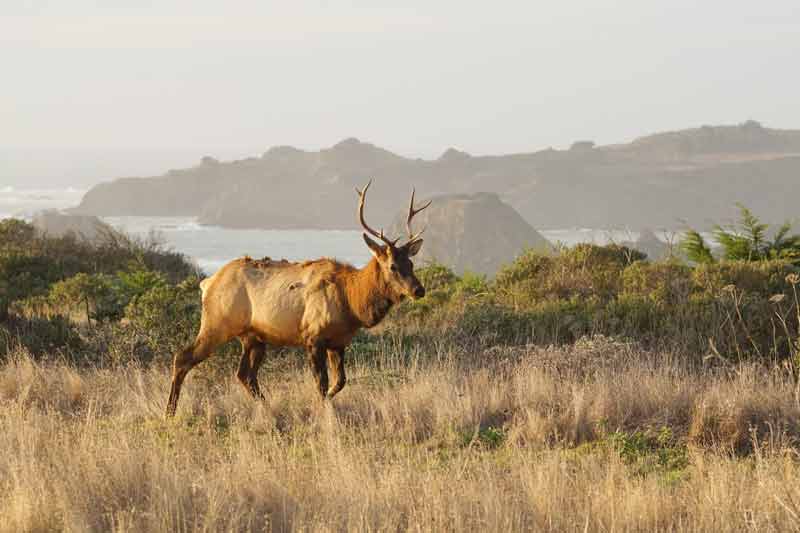 The Greenwood Civic Club has established a private listserv for Elk community members to circulate and share information regarding events, news, resources and needs within the community. The Elk Community List is hosted by the Mendocino Community Network (MCN). Any interested members and friends of the Elk community are welcome to subscribe.

Use of the list is subject to terms and services. To ensure the best possible experience for all list participants, subscribers are asked to observe some basic guidelines.

For details on renting the Greenwood Community Center, including rates, a fillable rental agreement, and instructions for renters Click here.

Do you want to book the Greenwood School? Contact Charlie or Rosi Acker at 877-1800 or cacker@mcn.org. 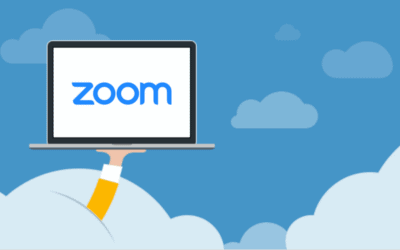 END_OF_DOCUMENT_TOKEN_TO_BE_REPLACED

The Greenwood Civic Club has established a private listserv for Elk community members to circulate and share information regarding...

END_OF_DOCUMENT_TOKEN_TO_BE_REPLACED

Get on the Event Calendar

Do you have an event you want to put on the Event Calendar or do you want to book the Greenwood Community Center? Contact Elise Ferrarese at (541) 829-1250 or elise.ferrarese@gmail.com.

Where are we located?

Our little community of Elk – also known as Greenwood – is located on the Northern California coast in Mendocino County, about 150 miles north of San Francisco and 15 miles south of the village of Mendocino. It extends along a secluded stretch of State Highway 1, from the junction of State Highway 128, where the Navarro River spills into the Pacific, about 10 miles south to a grassy coastal terrace, site of a nineteenth century town called Bridgeport. Along the way, the road hugs ocean bluffs, dips into canyons, twists up hills, and crosses creeks, straightening out just long enough to reward us with magnificent views.

The heart of our community is perched atop steep cliffs above the ragged shoreline. But many of us live in nearby redwood forests, are surrounded by orchards or vineyards, lodge along the river, reside above the fog on ridges, or occupy the ocean bluffs.

Once a bustling lumber town of more than 2,000 residents in 1890, Elk is now home to about 275, give or take a few hearty souls. A lot of us have deep roots here, while others of us are newcomers. We are artists and craftspeople, professionals and retirees, farmers and ranchers, writers and poets, laborers and skilled workers, business owners and service providers, healers and body workers, homemakers and caregivers, parents and students. Some of us tell tales of adventure while others recite the town’s fascinating history. Many of us are free-spirited, colorful characters. And a great number of us are community volunteers – protecting our citizens, preserving the town’s infrastructure and history, and ensuring a peaceful yet enriching way of life.

We are close-knit and kind to our neighbors, yet cherish our privacy. We are culturally diverse and fiercely independent, but have formed sincere relationships. We are protective of our environment and its natural resources, and nurture our tranquility. We have varying opinions and express them freely, but agree on one thing – we love our community.

We offer something for everyone

Don’t be fooled by Elk’s size and isolation. Locals and guests alike find plenty of comforts, inspiration, and adventure. Squeezed into our wee town are a country grocery store and deli; a full-service garage with towing; fine dining and casual cafés; local, fresh and organic produce; one-of-a-kind shops and galleries; sleepy churches; a handful of bed and breakfast inns and vacation properties; a community center, post office, and school; a state park and beach; and a historic museum.

When we’re feeling unhurried or world-weary, we find time to . . .

When we’re seeking adventure, there is ocean kayaking, horseback riding, abalone diving, surf fishing, and hiking at our fingertips.

When we’re looking for fun, we enjoy the Great Day in Elk parade and carnival and many other annual events.

Those who are visiting will take pleasure in nurturing their senses, renewing their spirits, and rekindling their relationships – all the while basking in the warm hospitality we offer.

There is no fast lane – only slow and slower – on Highway 1 as it curls along the coast. When it edges into Elk, the pace becomes so relaxed that we give thanks for our good fortune to call the place “home.”

The current village of Elk is an outgrowth of the first local settlement about a mile north, known as Cuffey’s Cove.

It was settled in 1850 by two schooner shipmates, Frank Farnier and Nathaniel Smith, more often known as “Portuguese Frank” and “Nat.”  The town got its name from the Australian slang for a black person, “cuffey.” Frank and Nat were farmers, and are credited with producing the famous Cuffey’s Cove red potatoes.

The homesteaders soon sold out to empire builders. One of them was James Kenney, an Irish immigrant. Kenney is credited with the growth and prosperity of the town. He had a vision of establishing a distribution point for railroad ties, shingles and produce to San Francisco. In partnership with John Kimball, a tie broker, railroad tie mills began to sprout up in Cuffey’s Cove. Shipping by land was arduous, so in 1868 Kenney constructed a wharf and chute system to transfer goods down the cliffs to the rocks below, where they were floated out to schooners waiting offshore.

By 1875, Cuffey’s Cove was a lively place. A post office was established in 1870. There were hotels, stores, a butcher shop, slaughterhouse, livery stable, several saloons, a church, two schools and homes. An 1886 census showed a population of 300 living and working in town.

The boom was short-lived. San Francisco entrepreneur, Lorenzo (L.E.) White, Kimball’s brother-in-law, bought 21 acres in Greenwood in 1887 and began building a large mill. Activities began to shift south. Fires struck in 1886 and 1892, destroying large portions of Cuffey’s Cove. The effect was devastating. The post office was closed, and the town never recovered. The last fire struck in 1911, destroying abandoned hotels, homes and barns. About the only remaining evidence of the once-thriving town is two well-kept cemeteries on the bluffs on the West side of Highway 1.

The Story of Greenwood 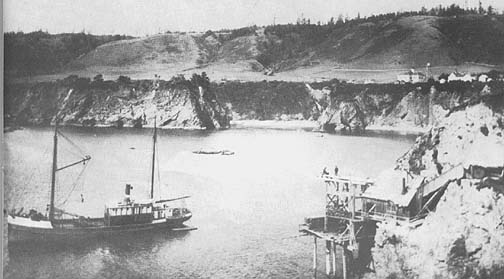 The town of Greenwood got its name from early settlers, the Greenwood brothers – William, Britton, James and Boggs – who settled along the creek south of town around 1852. The brothers were trappers and hunters, supplying mills and camps in Mendocino and Little River with venison, elk, and bear. They were sons of Caleb Greenwood, a trapper and hunter who also guided pioneers coming to Oregon and California. Britton is credited with helping rescue the Donner party.

Other settlers came and went in these early days when tie splitting, tanbark gathering, ranching and potato growing drove the local economy. Fred Helmke opened Greenwood’s first sawmill in 1875, two miles up Greenwood Creek from the coast in a steep valley. Horses were used initially to haul cut timber down the valley, but later a wood-burning engine was bought for the task. The demand was growing for both ties and lumber. Four chutes were built within a distance of three miles, with the hopes of increasing shipping and revenue. Helmke built his own chute down to the water near Cuffey’s Cove harbor. A second chute, known as the Old Chism Chute, was attempted at Dinney Doyle’s Point (now St. Anthony’s). Newcomer Lorenzo (L.E.) White attempted to build another chute at Li Foo’s Gulch, just north of the visitor center/museum, and one more was under construction two miles south at Abe’s Landing. None of the four chutes provided financial gain. By then, Greenwood’s population had grown to 50. But in the early 1880’s, Helmke’s mill on the creek was washed out with significant loss of life, and closed.

In 1887, things began to change. After purchasing the 21 acres from John Kimball – most of the land where Elk stands today – L.E. 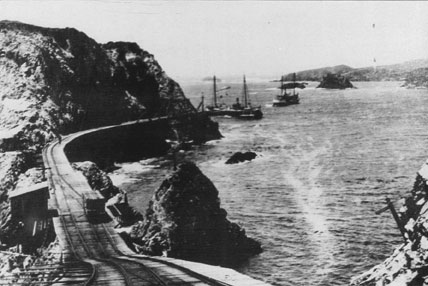 White bought Helmke’s mill site and equipment. Following unsuccessful negotiations with James Kenney for exclusive use of the Cuffey’s Cove shipping facilities, he established a wharf on the line of rocks that connected with the bluff, 150 feet above. Then, he built a large sawmill, a railroad and an entire company town. By 1890, everything was in full operation, including a fleet of 4 ships. The mill operated continuously through 1929.

In it’s heyday, Greenwood had all the trappings of bustle. The population swelled to over 2,000. The town had 10 hotels, 15 saloons, several dance halls, 3 general and dry goods stores, a barber, photographer, butcher, candy store, creamery, jewelry store, blacksmith shops, livery stable and several busy brothels. After the turn of the century came a garage and auto dealer, movie house and an “auto court” (motel). Jack London visited Greenwood often in the early 1900s, renting an upstairs room at a hotel that later became the hospital.

L. E. White died in 1896 after a long illness. The lumber company and the Greenwood Wharf continued to operate, but lacked Lorenzo’s leadership. His son, Will, took the helm, but that was short lived. He died two years later from an overdose of alcohol, under somewhat mysterious circumstances. Within a short time, Mrs. White married Frank C. Drew, the mill’s accountant, who became president of the company. The mill continued to operate for another 31 years. It was sold to the Goodyear Redwood Company in 1916, and closed for good in 1930. Smaller mills and timber enterprises kept the local economy afloat until 1966 when the last two mills closed and the town’s timber industry ended.

Elk: The Town with Two Names 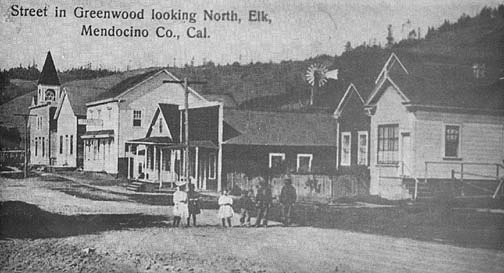 The town of Greenwood got its name from early settlers, the Greenwood brothers, and in 1887, opened its own post office. When the town made an official request for the post office to be called “Greenwood,” they discovered the name was already taken. Caleb Greenwood, the brothers’ father, had received approval for a Greenwood post office in El Dorado County. So, coastal Greenwood was forced to choose another name. A herd of Elk in the area provided the inspiration. However, the hard-working and stubborn settlers of the town refused to give up its original name. And so, Elk became “The Town with Two Names” – the name of the town was Greenwood and the Post Office was Elk. Today a sign still hangs near the old post office door (now the Greenwood State Beach Visitor Center/Museum) reading “Elk Post Office, Greenwood, California.”